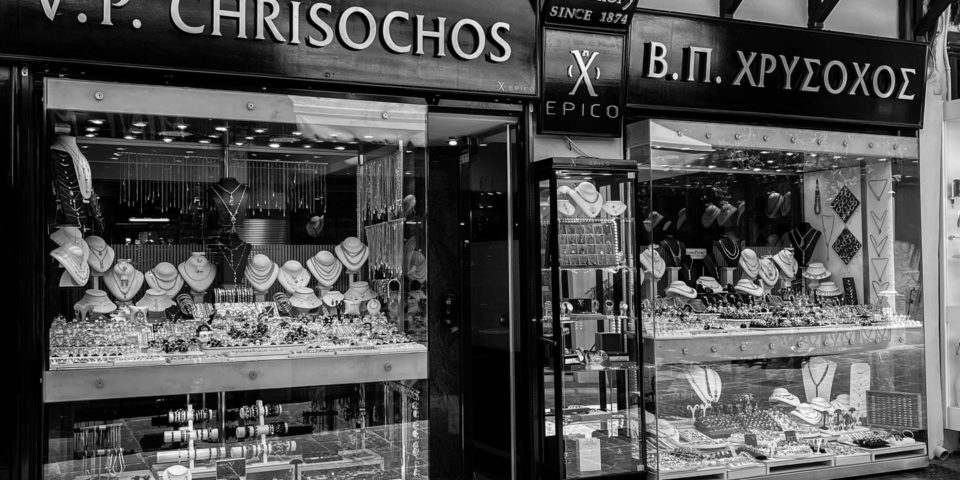 Although only  being 25 years old, he is already having a very successful career, having on his back a legacy of six generations in gold jewelry!
Pantelis Chrysochos continues the family business in the same store, on Socrates Street in the Old Town of Rhodes, where in 1874 his ancestors started, their professional activity!
Over the years the company has evolved and today Pantelis has created his own brand “EPICO” and makes unique creations with semi-precious stones and silver or gold-plated elements.They are unique masterpieces for both women and men!
Speaking to “Rodiaki”, he states that he is “proud” of continuing family tradition and that he is absolutely satisfied that “EPICO” is already known all over Greece, while he hopes that his “fame” will soon spread to Europe!

Rhodes, the company and the name
As Pantelis and his father of Mr. Vassilis Chrysochos told us, their family comes from Symi and of course their last name is professional.

The presence of goldsmiths in Symi is confirmed in the tax ledger of 1712. Some of them moved   to Rhodes in the middle of  the 18th century, where they settled. According to information,  Pantelis Nikitas Chrysochos i, the great-grandfather and ancestor of the family in Rhodes was Dimitrios Chrysochos (1790-1880).  The tradition was  continued by his son  Paraskevas who was born in 1859 and has been involved in art since 1874.

The family tradition in goldsmithing was continued by his son Nikitas who was born in 1888 and until 1978 he continued to work in his workshop in the Old Town of Rhodes, together with his son Pantelis (grandfather of 25-year-old Pantelis Chrysochos and who was born in 1942 ). The reins of the family business were then taken over by Pantelis’s father, Mr. Vassilis with the store on Socratous Street, which is maintained to this day.

It is worth noting that members of the same family moved to Egypt, to various islands of the Dodecanese and some others remained in Symi.

As Mr. Vassilis explains to us, in the 70s-80s until the 90s, Rhodes was known for its handmade jewelry. Visitors came – mainly from the Scandinavian countries – to the island exclusively to buy traditional handmade jewelry.

There were many craftsmen in those days, trying to make the best pattern. One of them is Mr. Vassilis who knows the art of filigree and the ‘turned ones’ and has created many Rhodesian jewelry with the fawn, with Rhodes, with various landscapes. But in recent years he no longer doesit.As he tells us, it is not worth it: “Now 90% of the traditional jewelry has disappeared and the standard ones are preferred. You make something and then the other person comes to tell you how much the gram goes.

Love, passion are not costed for this kind of jewelry! “Unfortunately it is something that is slowly fading away, the next generations will not deal with them.They will handle with something standard or something different from the handmade, something much easier or modern

The continuation of the tradition brought the “EPICO”
Fortunately for Mr. Vassilis, his son Pantelis is not only a follower of the family tradition but also a supporter of handmade jewelry!

We asked Pantelis Chrysochos what “EPICO” means and he replied: “It is the Greek word” Epic “and it is my brand that includes jewelry with semi-precious stones, silver elements and accessories for men and women such as card holders, watches, key cases, pens, bracelets silver rods etc.There are necklaces chains for wallets or pants .They are impressive and very beautiful designs that combine many stones in different colors “.

He added that he can create jewelry with the logo of a company, or anything else requested, while his creations have already been sent to Africa, America, Dubai, etc.
His customers usually ask for ‘their own piece’. They want something that will be different from everything else and they will adapt it to their own tastes “. That is why Pantelis uses various stones (volcanic lava, amethyst, etc.) which he “works” with silver or gold details in exclusively unique pieces for anyone interested!

Recently, he has created the “EPICO” watch in gold and silver, while the bracelets he makes for couples are in particular demand.
As Pantelis tells us, despite the fact that all his works are unique,  the prices are affordable for everyone.

Why An Epico Bracelet is an Electrifying choice 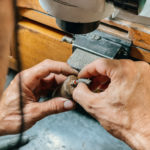 Birthstones meaning Bracelet meaning of birthstones meaning of semi precious stones semi-precious properties semi-precious stone meaning zodiac stones and meaning
We use cookies on our website to give you the most relevant experience by remembering your preferences and repeat visits. By clicking “Accept All”, you consent to the use of ALL the cookies. However, you may visit "Cookie Settings" to provide a controlled consent.
Cookie SettingsAccept AllReject All
Manage consent

This website uses cookies to improve your experience while you navigate through the website. Out of these, the cookies that are categorized as necessary are stored on your browser as they are essential for the working of basic functionalities of the website. We also use third-party cookies that help us analyze and understand how you use this website. These cookies will be stored in your browser only with your consent. You also have the option to opt-out of these cookies. But opting out of some of these cookies may affect your browsing experience.
Necessary Always Enabled
Necessary cookies are absolutely essential for the website to function properly. These cookies ensure basic functionalities and security features of the website, anonymously.
Functional
Functional cookies help to perform certain functionalities like sharing the content of the website on social media platforms, collect feedbacks, and other third-party features.
Performance
Performance cookies are used to understand and analyze the key performance indexes of the website which helps in delivering a better user experience for the visitors.
Analytics
Analytical cookies are used to understand how visitors interact with the website. These cookies help provide information on metrics the number of visitors, bounce rate, traffic source, etc.
Advertisement
Advertisement cookies are used to provide visitors with relevant ads and marketing campaigns. These cookies track visitors across websites and collect information to provide customized ads.
Others
Other uncategorized cookies are those that are being analyzed and have not been classified into a category as yet.
SAVE & ACCEPT
Powered by